« Space The danger of space exploration on the human body and the environment The Space Race (https://www.history.com/topics/cold-war/spacerace#section_1) After World War II drew to a close in the mid-20th century, a new conflict began.

Known as the Cold War, this battle pitted the world’s two great powers-the democratic, capitalist United States and the communist Soviet Union-against each other.

On October 4, 1957, a Soviet R-7 intercontinental ballistic missile launched Sputnik (Russian for “traveler”), the world’s first artificial satellite and the first man-made object to be placed into the Earth’s orbit. Sputnik’s launch came as a surprise, and not a pleasant one, to most Americans.

In the United States, space was seen as the next frontier, a logical extension of the grand American tradition of exploration, and it was crucial not to lose too much ground to the Soviets.

In addition, this demonstration of the overwhelming power of the R-7 missile-seemingly capable of delivering a nuclear warhead into U.S.

launched its own satellite, Explorer I, designed by the U.S.

Army under the direction of rocket scientist Wernher von Braun.

The first, spearheaded by the U.S.

Air Force, dedicated itself to exploiting the military potential of space.

The second, led by the Central Intelligence Agency (CIA), the Air Force and a new organization called the National Reconnaissance Office (the existence of which was kept classified until the early 1990s) was code-named Corona; it would use orbiting satellites to gather intelligence on the Soviet Union and its allies.. » 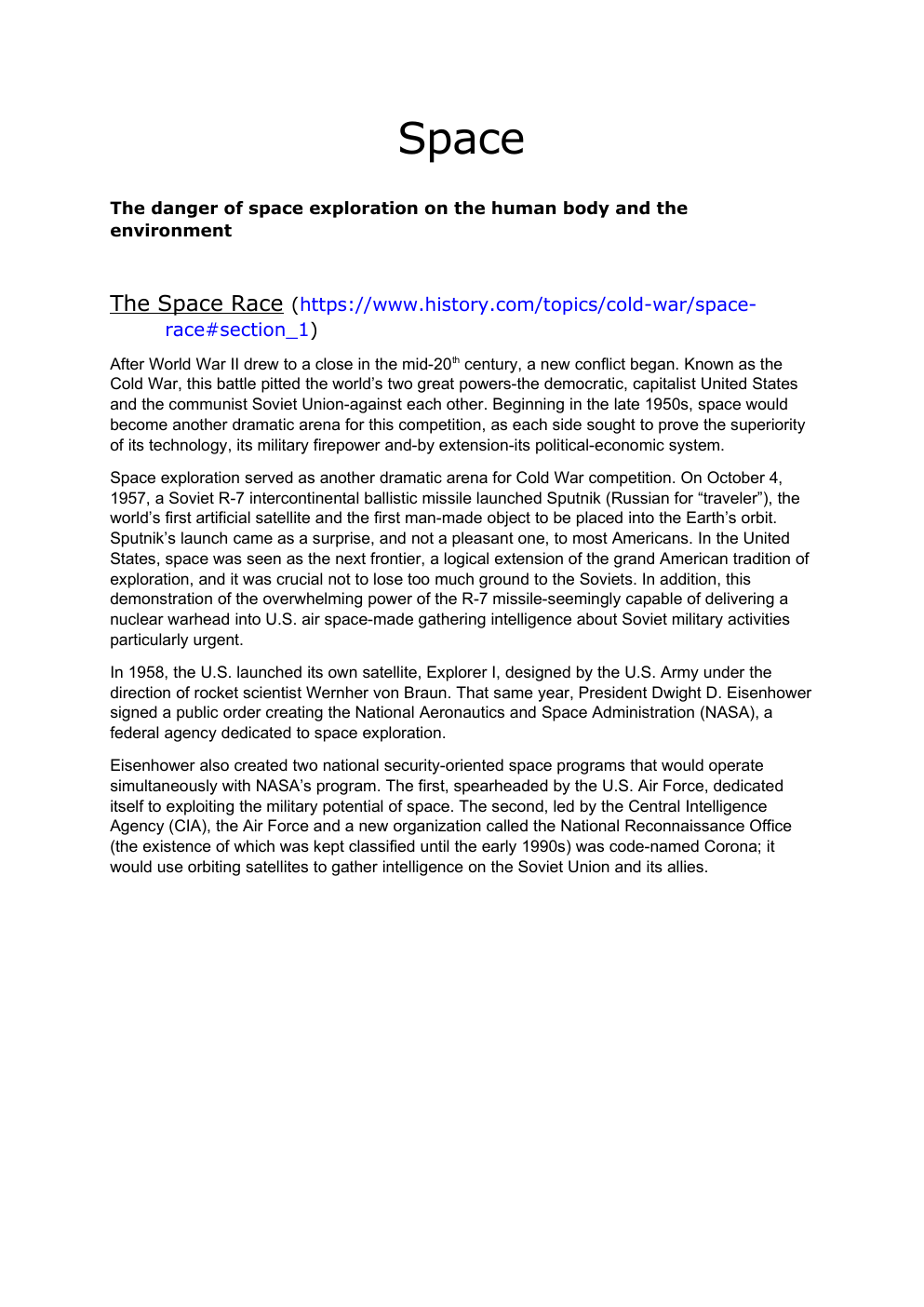