what cause would you be ready to fight for

« what cause would you be ready to fight for? why ? For a start, harassment is a repeated group action in order to put someone down and isolate him or her.

We must keep in mind that harassment is a crime punishable by the law. They are different types of harassment based on other people differences such as the skin color, the physical appearance and the gender.

When I was younger, children in my school used to put me down because I was taller than them.

It brings out the lack of open minded from a very young age.

I think we should accept other people the way they are. However for me, the worse form of harassment is sexual harassment.

A lot of women and men live this situation everyday.

For example on the work place.

It is necessary for women and men to have the courage to denounce this injustice. I'm ready to fight for this cause because I don't like injustices and I don't want other children to go through what I've been through.

I would like children to have an education about harassment and they must learn how to respect others differences.

We should not be one of the bullies but we should become someone who defend others against this problem.

From my point of view, when a victim registers a complaint against a company for sexual harassment.

The problem would be managed by an external organization and not by an internal team.

Also if I was a school director, I would like to invite police officers to talk about the different sanctions mentioned in the laws against the bullies. To conclude we are all different and we need to accept everybody.

This is an issue, I really desire to fight for because I personally experienced it when I was younger.

I think we should all be tolerant towards others. 310 words.. » 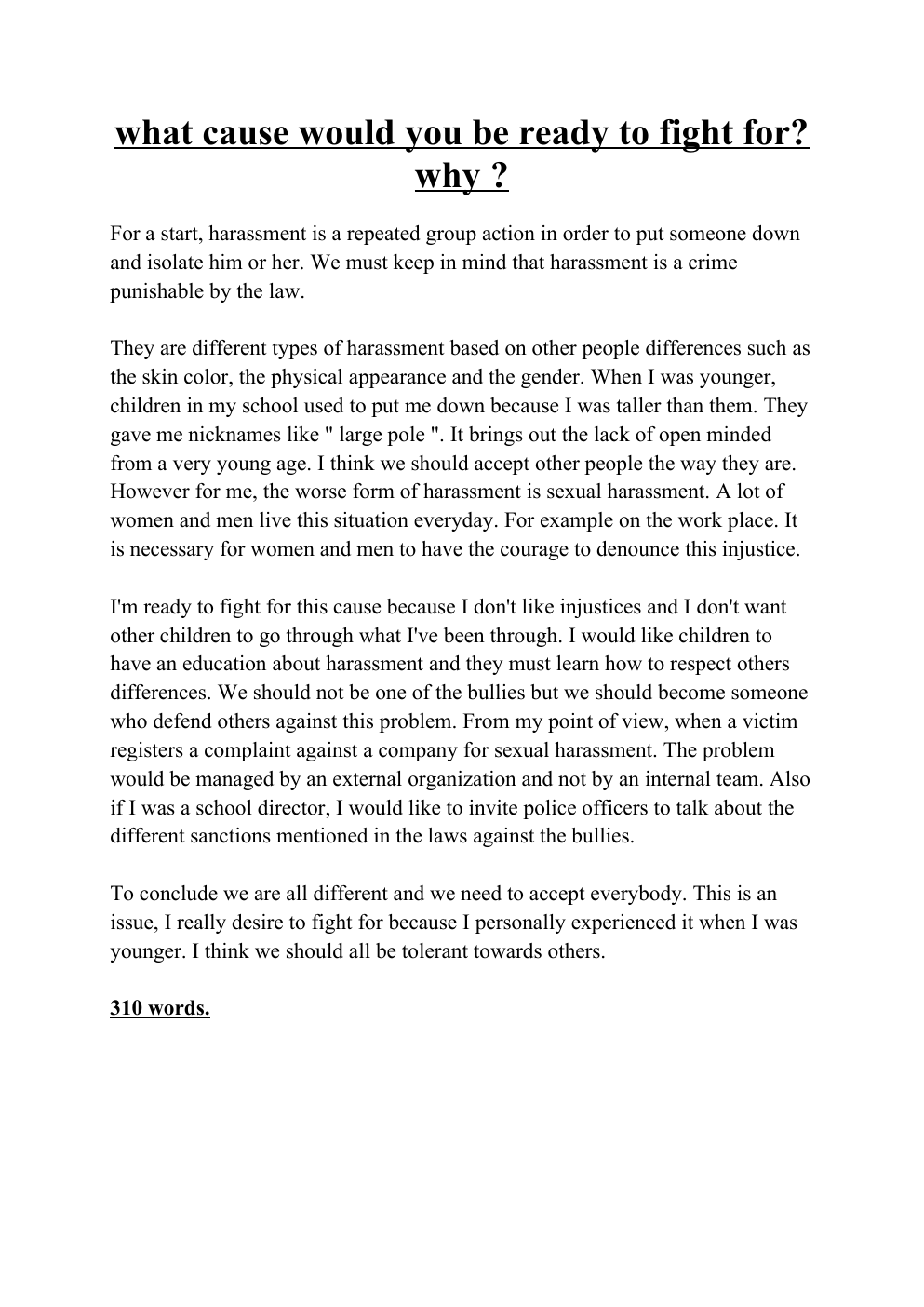 what cause would you ready fight for