« Term Paper- Beti bachao Beti padhao yojana Since the later Vedic Period, India has been defined by a patriarchal system, and women's status in this culture has been inferior to men's.

Thousands of years ago, the germs of the ORTHODOX mindset were buried.

This resulted in a decrease in the female child-sex ratio, female IMR, female literacy rate, high school dropouts, early marriages, and a variety of other health difficulties throughout our nation's history.In India, the "orthodox mindset" is defined differently by different communities.

The mentality of the two primary groupings of poorer rural Indians were quite similar.

However, the causes of the mindsets were different. Generations of lack of basic education in one town resulted in a complete absence of facilities for raising female children to be anything other than reproductive and housekeeping robots.

The men in this neighbour hood were also raised as farm labourers and street combatants.

The guys were literate to some extent.

This community's thinking has shifted dramatically.The other community's viewpoint was and still is a matter of religious faith.

There hasn't been much of a divide in attitudes between the two groups.In rural and suburban India, this goes across differences in affluence and social standing.

Indeed, the clerics in this society are vocal in their opposition to this concept.

Some of the community's relatively wealthy urban Indians have a different perspective.

However, they had already adopted this thinking before the government implemented this programme.

Within this minority community, these enlightened people are a tiny minority, yet they exist and are seen to exist.. » 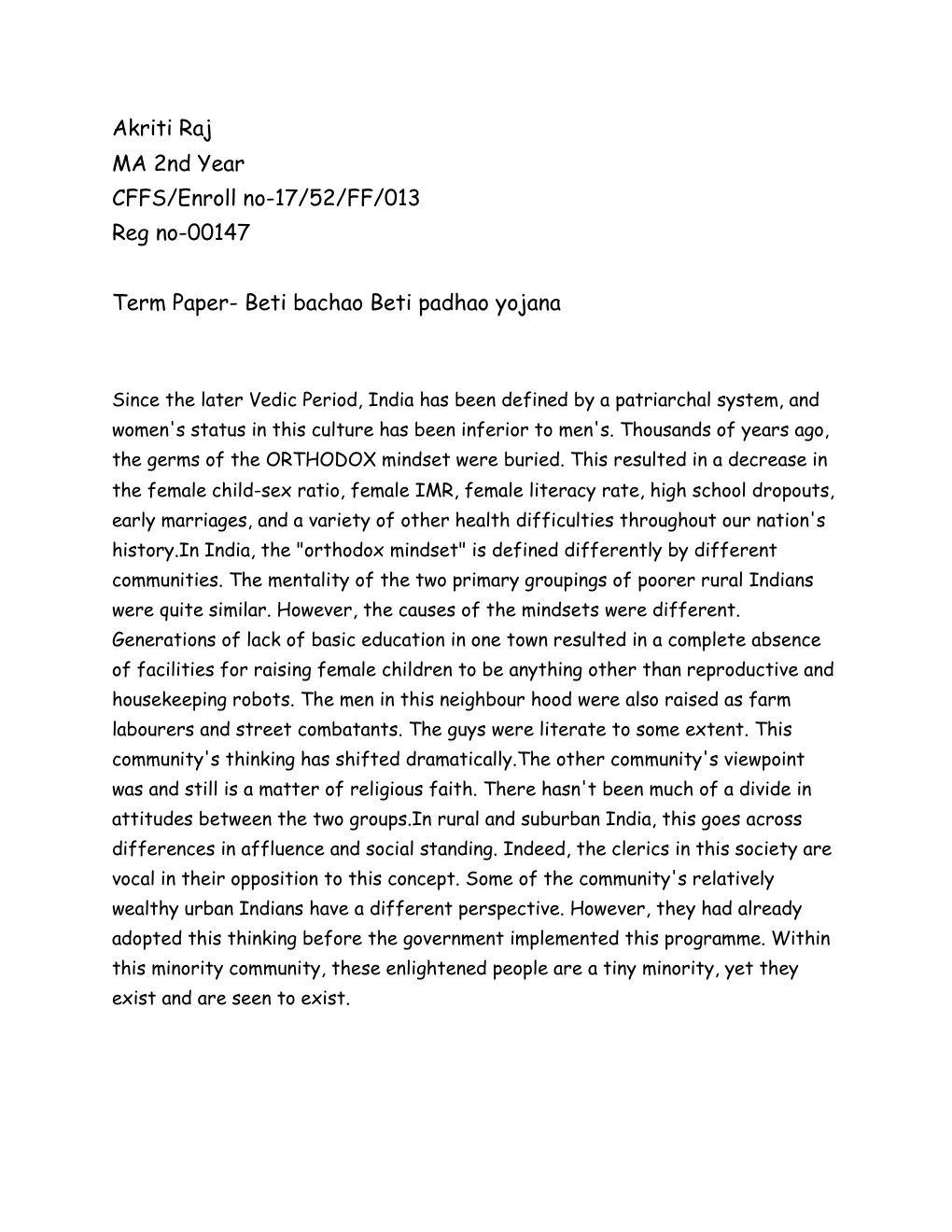