« Trayvon Martin -On February 26th, 2012, Trayvon Martin, a 17-year-old African American high school student was shot and killed by George Zimmerman, a 28-year-old man at Stanford, Florida, United States. -Zimmerman was the neighborhood watch coordinator for a gated community -He spotted Martin walking about the neighborhood at around 7pm in the evening -He notified the police about Martins suspicious activity -Then he approached Martin when an altercation broke out -Zimmerman eventually shot Martin. - It later turned out that Martin was unarmed and Zimmerman was charged with second degree murder, however, on July 13, 2013, he was found not guilty. Eric Garner -On July 17th, 2014, Eric Garner, a 43-year-old African American father of six children, was suffocated to death by Daniel Pantaleo, a 29-year-old policeman at Tompkinsville, Staten Island - Garner, unarmed, was approached by the police under the suspicion that he was selling untaxed cigarettes - After refusing to be arrested and handcuffed, Pantaleo strangles him from behind, which is prohibited by the NYPD regulations and compressed his poitrine to the ground. - Garner expressed that he couldn't breathe almost a dozen times until he finally passed out on the street. - He was pronounced dead an hour later at the hospital - The case went to trial on the grand jury until on Dec 3rd, 2014, the jury did not indict Pantaleo for his actions.. » 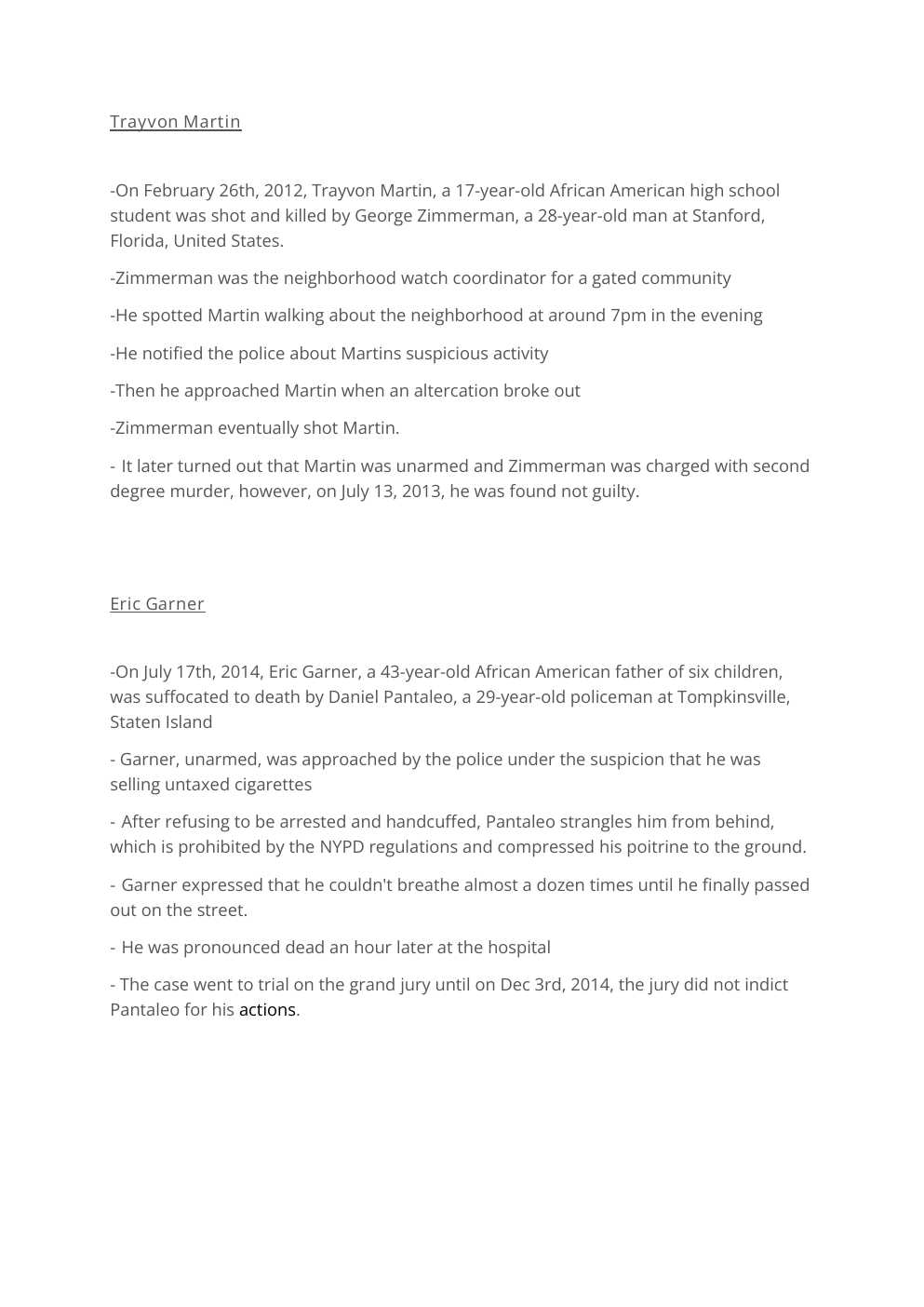