was the middle child of Michael King Sr. and Alberta Williams King.

In May, 1936 he was baptized, but the event made little impression on him.

In May, 1941, Martin was 12 years old when is grandmother, Jennie, died of a heart attack.

The event was traumatic for Martin, more so because he was out watching a parade against his parents' wishes when she died.

stepped in as pastor of Ebenezer Baptist Church upon the death of his father-in-law in 1931.

He too became a successful minister, and adopted the name Martin Luther King Sr.

in honor of the German Protestant religious leader Martin Luther.

In due time, Michael Jr.

would follow his father's lead and adopt the name himself. His fight against racial segregation : On the night that Rosa Parks was arrested, E.D.

and other local civil rights leaders to plan a citywide bus boycott.

King was elected to lead the boycott because he was young, well-trained with solid family connections and had professional standing.

But he was also new to the community and had few enemies, so it was felt he would have strong credibility with the black community. The Southern Christian Leadership Conference In January 1957, Martin Luther King Jr., Ralph Abernathy, and 60 ministers and civil rights activists founded the Southern Christian Leadership Conference to harness the moral authority and organizing power of black churches. 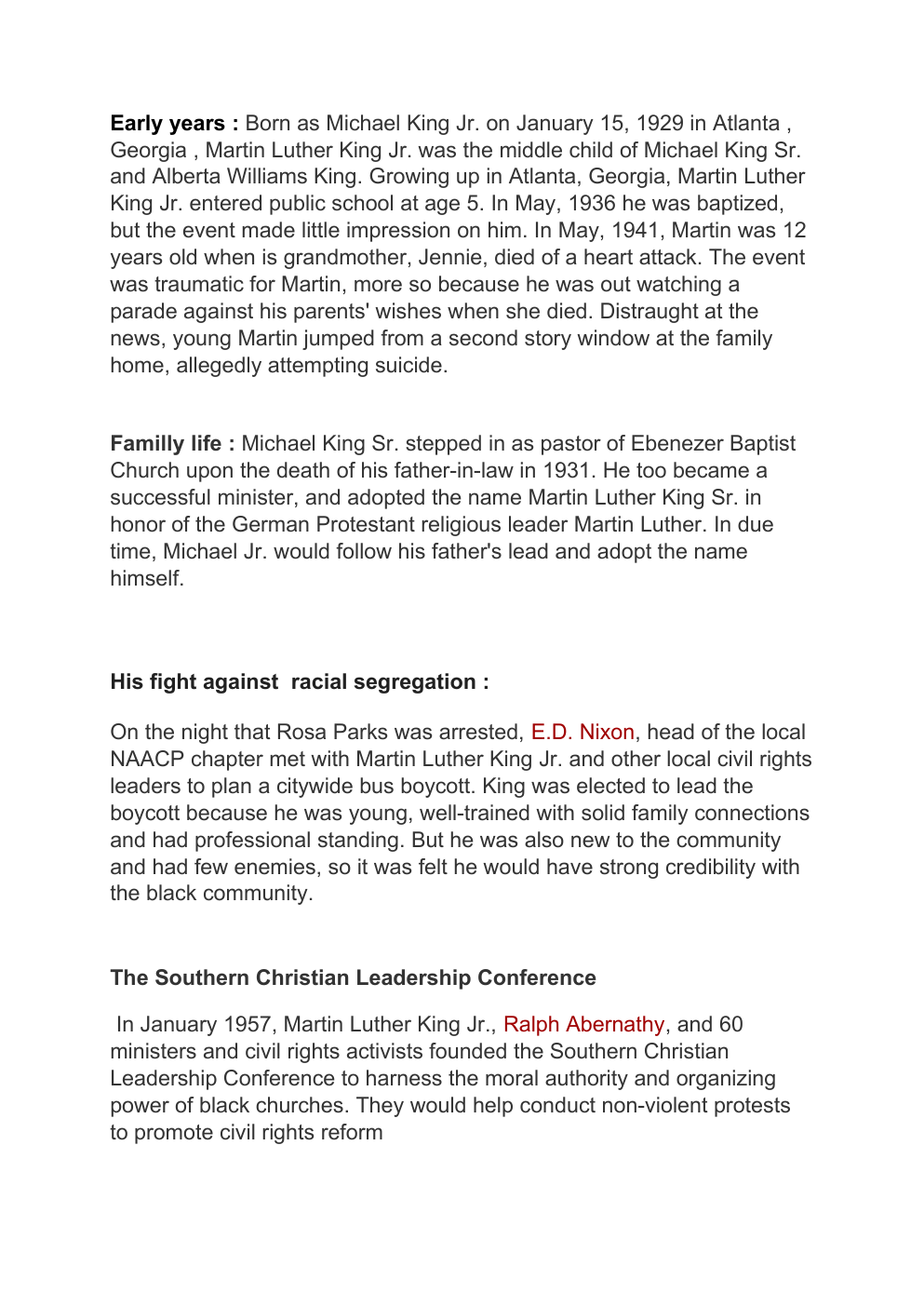